skip to main | skip to sidebar

Those who use Pay-As-You-Go phones will be familiar with the concept of pre-paid credit. You pay up front, which gives you air-time as and when you need it until used up. A simple concept that has released millions to use mobile phones across the globe.

Yet like many good ideas God actually thought of it first, long long ago. Towards the end of Deuteronomy Moses was giving final words to Israel before they enter their promised land (chapter 29). The incredible thing in this monologue was that God through Moses predicted that the people would mess up, fall short, and break the gracious deal God was offering them. The whole thing acts as a kind of overview prophecy.

Yet from failure (and accompanying disaster) comes repentance and turning back to God (chapter 30). The deal is that at this point God will restore them (v3), will bring them back (v4). You see forgiveness is a pre-paid choice that God had already made!

Christians know that the 'price' was paid by Jesus dying on the cross. Yet many aren't quite sure what to make of those who lived before Jesus' time. The answer must surely lie in the unchanging character of God - the God who chose to forgive before we had even made a first move. God arranged all the pre-paid forgiveness credit that anyone will ever need. The actual payment was made by Jesus on the cross, but cosmically it was a payment for all time (pre- and post-).

Unlike your phone the credit will not run out ... but as far as we can work out we each have a lifetime in which to benefit from it, before a God-determined moment of credit expiry.
Posted by Karl Relton considering 21st Century Mission at 17:15 No comments:

Imaging the Trinity - Join the Dance

I bought this statue from a craft market in Lusaka: 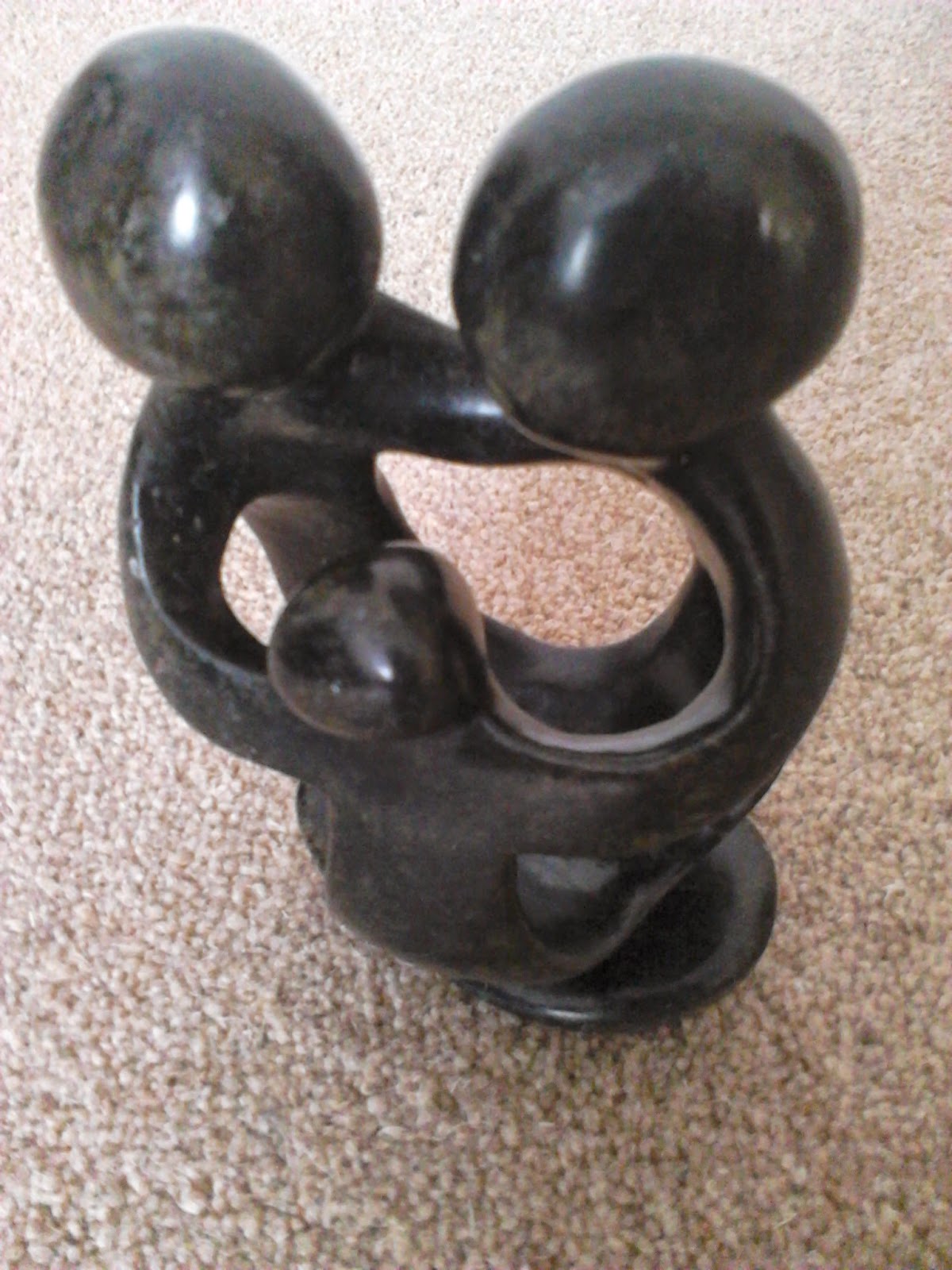 I decided to buy it because it gives us a helpful image of God - Three Persons in Relationship (the 'Trinity'). Technically the persons should be roughly the same height, because no one is lesser or more important than the other, but this is the best the stall-holder had on the day.

The three inseparable persons are in an embrace, and/or in a dance. The incredible thing about God is that He invites us to come in, to join the dance. His purposes are to redeem creation, despite how battered and fallen it has become. By joining the dance we get to take part in that process, releasing others so they can be invited in too.
Posted by Karl Relton considering 21st Century Mission at 12:00 No comments:

In the Old Testament the nation of Israel was given a temple as a focal point for their contact with God. From the first portable temple in their exodus experience, to the more ornate stone buildings established in Jerusalem, through to temple/mountain imagery that repeatedly occurs in the Bible, this was to be a place where people could come and meet with God.

Psalmists and prophets would hit on this imagery, revealing the mission perspective of the temple/mountain as the place to which many nations would come to meet God for themselves (e.g. Isaiah 2:2-3 for just one of numerous references).

Jesus replaced the physical stones and fixed location, and brought in a new age - the age of individuals inhabited by the Holy Spirit, the very presence of God. Paul in his Corinthian correspondence picks this up, describing believers as temples of the Holy Spirit. The temple is now plural - it now walks and talks!

Over the past two weeks I have had the privilege of meeting several pioneering believers who have been led by the Spirit to set up projects among some of the worlds poorest and most disadvantaged people in one particular country. Their work is fantastic, but more important I think is what happens through their very lives as they work out their calling. The point is that they are walking talking temples: many people are able to come and meet with God through their lives.
Posted by Karl Relton considering 21st Century Mission at 19:32 No comments: